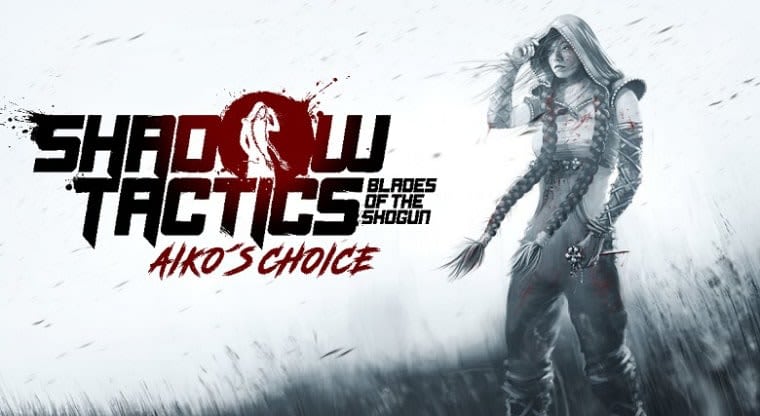 Shadow Tactics: Blades of the Shogun might have been launched back in 2018 and I did have some bits of this review in draft for about two years but the game’s latest DLC, Aiko’s Choice was launched two days ago and I HAD TO play and review it because the initial game is one of the best games I have ever played.

Shadow Tactics: Blades of the Shogun - Aiko’s Choice is a standalone game (does not require the initial game to be installed) and expands on the initial story by forking it with missions centering on the skillful kunoichi adept Aiko and her deadly friends to hunt down the ghosts of her past. Will she succeed?

There will be no spoilers here because the story is really good and I swear the ending didn’t cause me to bawl my eyes out.

So, Windows only, no macOS support so make sure you have a virtual machine around if you’re on a Mac.

There are five characters (Hayato the ninja, Yuki the thief, Oshirō Mugen the samurai, Aiko the kunoichi and Takuma the veteran) you can control but you might not have them all available for one mission; they have lethal skills, can do all kind of tricks, can climb ladders and hide inside buildings and bushes but Mugen and Takuma can’t swim.

Hayato is your first character and he is the John Cooper of Japan: can use his ninjato strike and shuriken strike to kill and stone throw to distract enemies.

Yuki can kill using her dagger (Rat’s Tooth) or trap and distract enemies with her flute; flute works like a charm when teamed up with the trap, place the trap somwhere and use the flute to lure the enemy toward the trap. You need to pick up the trap if you want to place it again someplace else.

Mugen is a heavily-armored samurai who is a master swordsman and can kill solo enemy samurai as well as groups of normal enemies. He can carry two corpses and run at the same time; can kill using his trusted katana or Sword Wind (which is an area-of-effect attack, killing everything in range except for samurai). He can distract enemies using his sake bottle.

Aiko is similar to Kate from Desperados, she is a master disguiser, can use her bottle of sneezing perfume to temporarily blind an enemy (or a group of enemies), can distract (except samurai) using her disguise and kill with her hairpins. Beautiful and deadly!

Takuma is an old veteran who is missing a foot but he replaced it with a sniper riffle, though, as a result of his disability he can’t jump or carry corpses but he has a freaking sniper rifle. He can use grenades, both non-lethal and explosive to take out groups including samurai and has an awesome friend, Kuma the tanuki, who can distract the enemies.

My favorite? Yuki! I love her because she’s self-taught, survived a siege and she doesn’t want to talk about it; Yuki believes that the things she steals want to come with her. Favorite saying: Wake up Little Trap!

The dialogue is really immersive (try turning on Japanese voices) and the music is amazing as it introduces you, the player, into Edo Japan.

Shadow Tactics: Blades of the Shogun is a beautiful game and its latest DLC, Aiko’s Choice is not different. Really, you can’t imagine the amount of detail that goes in each of the maps and it can’t be captured in the images from this review. It might not be very hard, gameplay-wise (you might want to try Hardcore mode too), but it will keep you up at night for a while and dreaming about possible solutions when your heroes seem to be in trouble.

Considering the DLC was launched on December 6, 2021, it is definitely the best tactics game of 2021 and probably of 2022 too. It’s a must have and a must buy. Plain and simple.