As usually, I’m updating the post with more information as soon as I have access to the said information. Things might change. Some keys got leaked or someone has access to the portal and can issue certificates for bogus people. Or maybe it’s a glitch in the Matrix. Stay tuned!

Also, remember there are no private keys here and there will never be. We wouldn’t want another takedown request against me, wouldn’t we? I already have a friend, that bald guy, what’s his name … Biff Jizzos or something. I don’t need more. 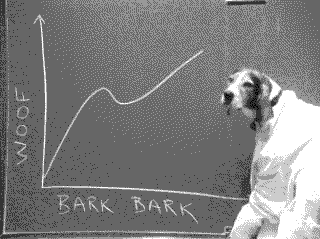 That, or Adolf Hitler just got two doses of the Pfizer vaccine. He has been granted now access to all indoor events that are off-limits to the people that were not vaccinated. I am joking but I am not joking.

Looks as if Poland’s DGCA issuance portal has some issues too?

We can now understand that it is not possible to emit certificates simply by cloning the data because as already said they would not be validated. However the Open Source Code gives us a general view of the process, we can very understand that the weak ring is in the initial part of the data entry procedure of DGCA-ISSUER-WEB Green Bypass

Taking another close look at the initial 4chan post image, the two strings at the top are easily identifiable. Both "Record vaccination certification" and "Please query with ID Card!" strings are from this file in the eu-digital-green-certificates/dgca-issuance-web GitHub repo.

A message (mirror image) on the RaidForums board, could be fake, could be not fake. Another post appeared on RaidForums, posted by someone that goes by the name hronkis (Хронкис). Доктор Хронкис has a Telegram channel where he sells some stuff and what I noticed is that the color of the brush (and style) in this channel post is very similar to the one in the initial 4chan post. Make what you want of it.

“but we don’t want money we want to fuck EU.”

More information in the official repo. All certificates signed with the leaked key(s) will need to be reissued, what a mess.

I guess there are two possibilities:

I still believe it’s the first but I wouldn’t bet a finger on that it’s not the second option.

Based on an image leaked on 4chan (of course), somebody seems to have access to the portal. Because that’s how you get Spongebob Squarepants from UK, Joe Mama from Zimbabwe and of course, our old friend Adolf Hitler from Austria vaccinated. Keep in mind that all the three certificates seem to be signed with North Macedonia’s key, KjE8h58xh7A=.

Yes, I am joking, don’t get offended.

Feel free to scan the QR codes above with your official application (for example, the Austrian, Estonian or Finnish apps). Or use my tool for it.

Apparently, the private keys used to sign the EU Digital Covid-19 (GreenPass) certificates were leaked today. That, or Adolf Hitler just got two doses of the Pfizer vaccine.