Two photos captured by China’s Mars probe Tianwen-1 during and after the country’s first landing on the red planet were released on Wednesday. The lander carrying a rover of the Tianwen-1 mission touched down in the southern part of Utopia Planitia, a vast plain on the northern hemisphere of Mars, on May 15, becoming the country’s first probe to land on a planet other than Earth. 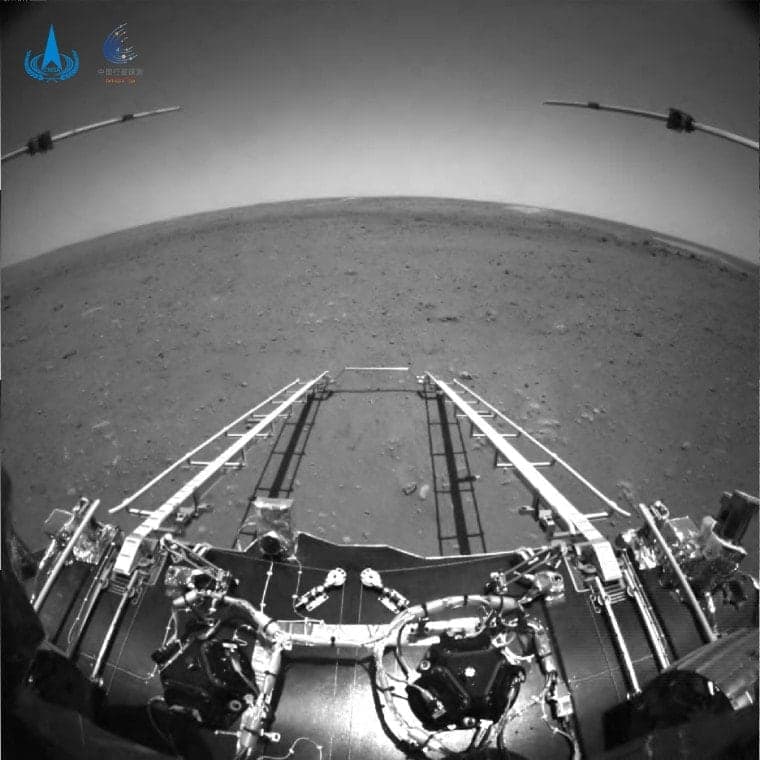 The first photograph, a black and white image, was taken by an obstacle avoidance camera installed in front of the Mars rover. The image shows that a ramp on the lander has been extended to the surface of Mars. The terrain of the rover’s forward direction is clearly visible in the image, and the horizon of Mars appears curved due to the wide-angle lens. The second image, a color photo, was taken by the navigation camera fitted to the rear of the rover. The rover’s solar panels and antenna are seen unfolded, and the red soil and rocks on the Martian surface are clearly visible in the image.

Have you written a response to this article? Let me know the URL: