Today I noticed an interesting article on the Associated Press website , not signed by a journalist per se (“by The Associated Press”), article that claims “China forces birth control on Uighurs to suppress population”. And I did a bit of information digging to find out who would write such an article.

While individual women have spoken out before about forced birth control, the practice is far more widespread and systematic than previously known, according to an AP investigation based on government statistics, state documents and interviews with 30 ex-detainees, family members and a former detention camp instructor. The campaign over the past four years in the far west region of Xinjiang is leading to what some experts are calling a form of “demographic genocide.”

The hundreds of millions of dollars the government pours into birth control has transformed Xinjiang from one of China’s fastest-growing regions to among its slowest in just a few years, according to new research obtained by The Associated Press in advance of publication by China scholar Adrian Zenz.

What is the Jamestown Foundation? Well, it’s a neoconservative think tank founded during the height of the Cold War by Reagan administration personnel with the support of then-CIA Director William J. Casey).

Ok, so this is weird, right? Let’s see who this Adrian Zenz is. 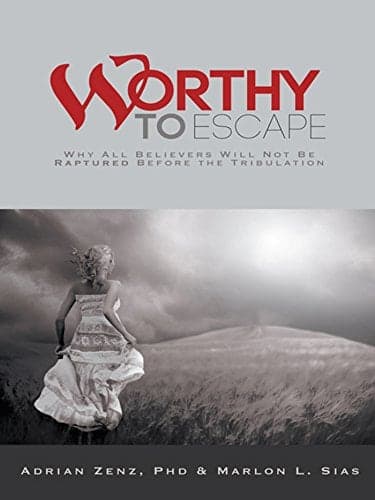 From 2014 until present 2019 he worked at the European School of Culture and Theology , a missionary school in Korntal, Germany, as a Researcher and PhD supervisor. This school is connected to Columbia International University, an evangelical Christian university in South Carolina , US (the doctorate degrees from CIU can be acquired online ). Also, Victims of Communism Memorial Foundation (he claims to be a Senior Fellow in China Studies at VCMF) has close connections to the CIA (Peter Mattis for ex. is a former Research Fellow in China Studies at the Victims of Communism Memorial Foundation and former CIA counterintelligence analyst who has written extensively on Chinese intelligence since leaving the agency in 2010).

Zenz’s work on China is clearly inspired by his biblical worldview, as he recently explained in an interview with the Wall Street Journal . “I feel very clearly led by God to do this," he said. “I can put it that way. I’m not afraid to say that. With Xinjiang, things really changed. It became like a mission, or a ministry."

Along with his “mission” against China, heavenly guidance has apparently prompted Zenz to denounce homosexuality, gender equality, and the banning of physical punishment against children as threats to Christianity. Zenz outlined these views in a book he co-authored in 2012, titled Worthy to Escape: Why All Believers Will Not Be Raptured Before the Tribulation . In the tome, Zenz discussed the return of Jesus Christ, the coming wrath of God, and the rise of the Antichrist. Zenz predicted that the future fall of capitalism will bring to power the Antichrist within a “few decades.” He identified the force that “will usher the Antichrist into power” as “the economic and financial fall of ‘Babylon’, with ‘Babylon’ symbolically representing the world’s global economic system (capitalism).”

“Another important God-given authority structure that Satan is attacking through the postmodern spirit is that of gender authority structures”, Zenz continued. “through notions of gender equality […] the enemy is undermining God’s unique but different role assignments for men and women."

According to a NCHRD report , (keep in mind that NCHRD is a Washington DC-based NGO that is backed by the US government , even Reddit picked up on that) the only source I could find for the 1 million Uyghurs is based on the 8 interviewees. Yes, 8. Eight.

I can’t believe that people are using this article as a legitimate source.

I’m not even gonna begin with some of the claims of “3.5 million Uyghurs” made by several prominent Uyghur independence figures in the west. Radio Free Asia is the usual source of these claims and are likewise guilty of such re-publishing of sources until it’s diluted to the point that people actually think it is a real primary source. (I’ve seen blogposts republished on RFA used as “on the ground evidence”) Source

Radio Free Asia began broadcasting to mainland China in 1951 from an elaborate set of transmitters in Manila. It was an arm of the Committee for Free Asia, and the C.I.A. thought of it as the beginning of an operation in the Far East that would rival Radio Free Europe and Radio Liberty. - source

Between several hundred thousand and more than 1 million Muslims have been detained in China’s mass “reeducation” camps in the restive province of Xinjiang, Adrian Zenz of the European School of Culture and Theology in Korntal, Germany, said in a report released Tuesday . Zenz is a leading authority on the current crackdown in Xinjiang. - source . Spoiler: the report is “released” by the same Jamestown Foundation. Ok, that’s not really a spoiler, we were kinda expecting that, right? Same numbers, “likely at least several hundred thousand, and possibly just over one million”. Quoting an article from Newsweek Japan . Article that is based on a single report from Istiqlal TV, a Uyghur exile media organization based in Turkey.

I am no journalist but that’s not ok.

So we have the N.S.A. and the C.I.A. and an evangelist who hates homosexuals and thinks gender equality is bad. And don’t even get me started on the connection between Adrian Zenz and James Leibold and the fact that he (Adrian) said that he has been only once in Xinjiang, in 2007 as a tourist. For his research backing his claim of 1 million Uyghur internees, he used open source Internet resources, such as calls for tenders and job offers from the Chinese government in Xinjiang province, and then making estimates about the extent of those interned in Chinese reeducation camps. - source

Today I noticed an interesting article on the Associated Press website, not signed by a journalist per se (by The Associated Press), article that claims China forces birth control on Uighurs to suppress population. And I did a bit of information digging to find out who would write such an article.

license GPLv3 (for the contents of the article)

Have you written a response to this post? Let me know the URL: